This is the text of a short story I wrote at the end of December, which I have just heard has won second place in the Association of Christian Writers’ Historical Fiction Competition. I spent some time researching historical facts and will write another post this week explaining what is, and is not, based on historical evidence (now published here). I hope you enjoy reading this as much as I enjoyed writing it.

Broken and unbroken voices rang together through the June morning air.

“Eripe me Domine ab homine malo,” they sang. Deliver me, O Lord, from evil men. Their harmonies echoed beautifully off the stone walls of their island chapel. Among the boys stood Alric, nephew of bishop Higbald, fiddling quietly with his scratchy woollen hood.

The older monks sang the Psalm with closed eyes. They stood huddled with leathered skin and weathered hearts. The work of many seasons had inscribed their bodies like human manuscripts; illuminated regularly with blues, golds and reds of bruises, blisters and burns. Some were master brewers and builders; some managed bees, herbs and livestock; others prepared the vellum calf skin for manuscripts. Every day prayer and worship from the chapel wove musical blessings into the fresh island air. As each day of the year came and left like the tides and the stars, every able body was required to work on the land too, to tame and bless it. 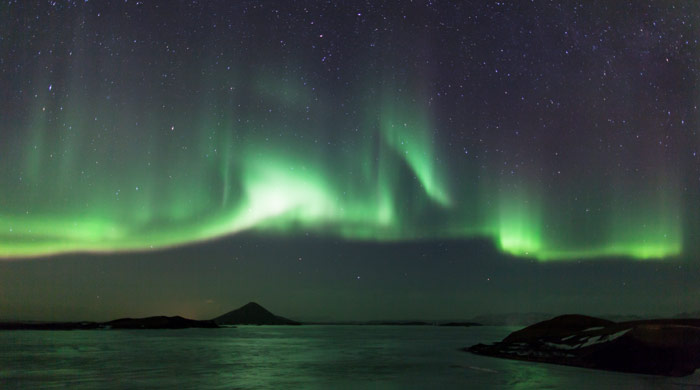 Blessings came hard, as Alric knew well. A drought had hit the monastery and sacks from the previous harvest were already empty. Beggar pilgrims came more frequently and fertile trees had grown no new fruit. Portents had alarmed the monks during Lent. Alric had heard of fyrenne dracan, colourful and frightening fiery dragons in the sky on clear evenings and had seen fierce lightning storms and high winds for himself. Would the signs in the skies foretell more problems on the land, or even from the sea?

Perhaps the monastery had reason to fear God’s wrath. The rebel king-murderer Sigca had recently been buried in the cemetery; rumours suggested he had even taken his own life. Higbald should have known better than to allow such a burial on this holy island.

After the service Alric returned to mending sacks in the sunshine and as he finished he looked out to sea. The water was calmer in the summer and on the northern horizon was a line of trading ships. Gulls arced overhead and Alric yawned. Another early morning; another long day. He craved a nap and the cool of his straw bunk. Perhaps his uncle would excuse him for a short time.

Higbald was still at chapel, reading their precious bound gospel aloud to a small group. “Pax vobis,” he read, and then looked up.

“Peace to you,” Alric grinned, confident that he understood the meaning.

“Yes, and peace to you too, my son,” Higbald replied. “What is the matter?”

“My uncle, I have mended these sacks; please grant me a few moments of rest before we eat.”

“I saw trading ships too,” Alric said; “a long line of them, coming south from up the coast.”

“We must make ready,” Higbald considered, pinching his chin. “Boys, come with me. Not you Alric: stay here and study the gospel. Be ready to report back to me later.”

Alric flinched. His thoughts wheeled about like a greedy gull and a plan formed. He watched the others leave and took the heavy gospel off the altar. Its bright cover was jewelled and ornate. The binding was unlike any other he had seen. And the colourful pictures – so bright and beautifully drawn. Knotted patterns delicately woven and representations of people, animals and dragons. Alric could not believe he had been left alone with such a beautiful and precious book, as the others busily prepared for the traders. If he could hide the book in a sack, he could read in his bunk. He might get punished but if Higbald was willing to bend the rules to bury a murderer, Alric saw no moral problem taking the gospel out of the chapel.

Nobody saw Alric trot like a twitchy blackbird to the wooden hut. He tucked the sack with the book inside under the straw so that he could rest first. He would only be a few moments, he thought. His eyes closed.

Alric woke to screams and shouts. His first thought was anger with himself for falling asleep, but the noises from outside sounded strange and frightening; he could smell blood and smoke and hear people yelling in pain and cursing. What was happening?

The sight which met him at the doorway was brutal and horrifying. Raiders from the northern countries had arrived in their boats. They held swords and axes and carried anger in their eyes. They had set one wooden hut alight already and were slaying monks with no mercy. Several warriors ran to the chapel as Alric watched, shouting strange words to each other. They were after the valuable things.

Alric’s heart fell. He could see bodies of his friends on the ground and hear the screams of the wounded. None of the raiders had seen him yet, though his head felt white with fear and a realisation that the precious gospel of Lindisfarne was in his care now. Trying to stay out of sight, he looked about. Higbald was there, bleeding from his arm, praying for one who had fallen. He looked up and made eye contact with Alric.

Suddenly there was hope.

“Run, Alric,” Higbald urged. “And take it with you. Get to your mother. Fast!”

So Higbald had known Alric would disobey him. And now he had a small chance to escape and preserve his life and the precious book. Could he thank God for his own sin? Hardly. He was aware that others were dying; perhaps it was his fault. The unholy sound of metal blows sobered and scared him. Alric crawled out of the window at the back of the hut, so frightened that it felt his legs might break like cracked eggs. Hugging the sack close to his chest he ran to the water’s edge. Could he make it? The tide was starting to come in. He knew well the path to take to reach the mainland; it was only about a mile, but he would have no time to tarry or look to save others. His feet plunged into the soft wet sand.

The tears in Alric’s eyes blinded him as he ran. Turning quickly, he wiped his face on his hood. On the island more buildings were burning and monks who had not been killed were running to hide or get to the mainland. Where was Higbald now? What if the raiders came this way? The waters were up to his ankles; he would have to keep moving.

“O Lord deliver me!” Alric sobbed as he ran.

“Please, I pray, deliver me from the evil men. Rescue me Lord!”

He reached the shore, stumbled in the sand and collapsed, and then realised that he had not prayed for his brothers. His voice cracked as he prayed again; a solo broken voice.

“And the others, deliver them too, O Lord! Protect them all from the evil men. And let me see my uncle again.”

Alric looked up. The skies had clouded in anger and a storm was starting.

One thought on “Alric and the Sack”